Casinos were banned from Second Life in 2007, because Linden Lab made gambling illegal inworld. The company realized that running a Virtual World with Virtual Casinos made no difference from a real casino. Tools were the same and linden currency had a value not only for residents, also for real people.

By 2007, about 1,5 millions were exchanged inworld for all kind of activities: shopping, renting and yes, gambling.

The FBI not involved in Banning Casinos in Second Life

There is no proof that casinos were banned because the FBI was involved. At least, not officially. It’s a persistent rumor with no base at all. As far as we are concerned Linden banned gambling for legal reasons. They anticipated some possible liabilities and acted promptly.

At least that’s what Linden officially announced. However, there must be a reason why you banned Casinos in Second Life, even if you are not ordered to do so for legal reasons.

Everybody Knows What Gambling is

If you are not sure what gambling means, let me show you a simple cart that will enlighten you.

By 2007, Second Life was a Social Casino Game or an Internet Gambling device or a Social game with casino features. It looked bad, not only legally, but also on the screen.

By that time you could jump from Casino to Casino in every region and cross a whole continent not touching the ground. Casinos were normally placed in the sky where there was not so much lag. A part from the lag, that the slot machines and gambling tables were creating.

It was cheap and easy to create a Casino. It was not rocket science either, any idiot could do it. Don’t get me wrong, there was nothing appealing in most of those places. They were cheap, noisy and cheese.

Could Have Linden Regulated Gambling?

As I just pointed out, most of casinos were ugly, sloppy and poorly designed. Avatars looked horrible and many beggars, spammers, grievers & campers turned them into their home. It was not glamorous at all. That only would have been a reason for Casinos to get banned in Second Life.

Just to be clear; Linden should have regulated the layout, the regions and the places for gambling. However, there is a problem with that option. First it is too much work for those pesky lindens, Secondly, If you allow it explicitly, then you make yourself responsible for your actions. Linden was a “tech company” not a Casino.

The FBI would have not created a dozen of avatar agents and set up a new headquarters inworld. They would have burst in Linden Office and take all the engineers & senior staff to jail. Not their avatars inworld.

What Are You Made Of?

Even if it is a personal opinion, for me it makes sense. By that time, Casinos used to create a very poor impression inworld. I don’t think it was the kind of immersive experience Linden was willing to provide for newcomers.

Linden Lab was a virtual world to explore, to create and to make friends. It was never intended to be Las Vegas. Above all, If you want to play poker, blackgammon or any other game, you can use other services like betting websites.

Moral of The Story

Linden did the right thing. Go figure, just for once. The real question is why they did not ban Casinos in Second Life from the beginning. Casinos and gambling places were cheesy places that used to cause a poor impression for new residents.

The moral of the story is simple. Do what you can do best. Avoid what it is not part of your dna. The bottom line here is that Linden has survived 13 more years after 2007. This is the final reason why Linden banned Casinos in Second Life. They did it for survival instinct and it was the right call. 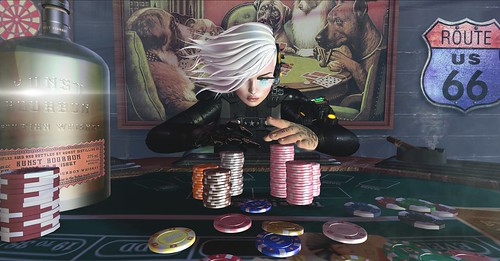 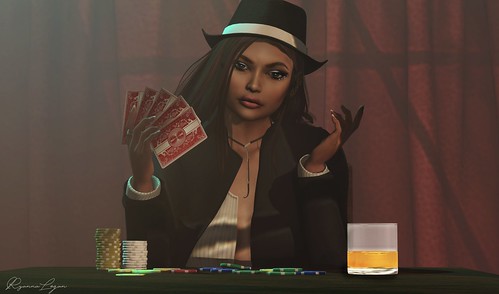