Have you ever heard of megaprims in Second Life? If you don’t it means you missed one part of the Linden Lab history. If you used them, it means your avatar is old. These items played a significant role in the history of Second Life. There was a huge controversy and arguments in favour and against.

What Are Second Life Megaprims? 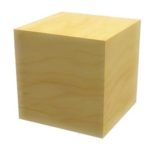 Until 2011, the maximum size of a Second Life Prim that anybody could create was 10x10x10 meters. However, in 2006 Gene Replacement (Second Life avatar name) managed to tweak the viewer and created objects bigger than the allowed size. He saved a variety of sizes and the packs were distributed full perms all over Second Life. From 2006 to 2011residents would not be allowed to exceed the prim limitations, but they were allowed to use those already created megaprims with limitations.

Around 2011 when mesh was introduced, Linden allowed to create primitives bigger than 10x10x10 meters. The new maximum size allowed was 64x64x64 meters. After that, there was no need to keep them, because anybody could create bigger sizes.

In 2006, a resident called Gene Replacement took advantage of a glitch in the Second Life viewer. He managed to create prims bigger than 10x10x10 with a prim usage of 1 prim each. He created all kind fo different sizes, for example:

But Gene went much further than that. He created prims with the size of a whole region, or half region. Sizes like 256x256x0.10m or 256x128x0.10m If I recall correctly, there were more than 100 different sizes at least.

Lindens got upset because of the situation for 2 different reasons. First of all, the official position of Linden had always been that creating prims bigger was impossible. This made them look like liars. Second, because those megaprims had a nasty side effect in the whole grid. Many users complained that they were causing a lot of lag. Lindens had to decide whether megaprims should be banned/deleted or residents could use them.

Fair Use of Megaprims in Second Life

As soon as they were released, the creative community of residents saw the potential of such improvement. They could save a lot of prim use, for example making floors with only 1 prim instead of 25. The prims left, for example, could be used to buy trees and plants that, in those times, required a lot of prims.

Megaprims also had significant impact in the architecture and expanded the possibilities for buildings and common areas. The garden market also took advantage creating huge trees with less resources.

Unfair or Wrong Use of Megaprims

Megaprims in Second Life were used many times as a grieving tool. They used to add a self replicating script inside a huge prim to annoy the residents of the region. Once rezzed, the tool could infest the whole region with hundreds of megaprims falling from the sky.

Some residents could annoy their neighbors using prims that exceeded their land limits and crossing to the other plot of land. Another scenario use to happen when megaprims were crossing the borders of a region, both regions would experience issues like lag and frame rate drop.

Others could also wear a hugeprim attached to the body and bother full regions wearing them.

Megaprims in Second Life Prior to 2011 Behavior

Megaprims could be edited just like any other prim. You could turn it into a sphere or a torus, make a hole inside the cube, twist their sides etc. However, if you tried to resize any part larger than 10 meters, the megaprim would automatically resize down to 10m. It was not possible to make it bigger and you had to use the size the way it was given to you.

Many residents complained that old megaprims created by Gene Replacement used to cause lag. Linden never put an end to this controversy because they never took the time to study the details or, at least, make them public. While it is obvious that prims and megaprims in Second Life can cause lag when colliding and being physical objects, sometimes having just one face to render the face makes things easier for the viewer.

When Linden Lab open sourced the viewer, another bug exploit allowed the creation of megaprims for a limited time. Although it was quickly fixed, this time the consequences would be more significant.

Residents took advantage and created all kind of advanced packages with sorted sizes. Megaprims in Second Life would have more variety and would cover more sizes. This new development helped to create better and more customized structures. For example, with Gene’s Megaprims you could not create a prim 23x23x0.10 unless you added a 20x20x0.10m plus a regular prim of 3x3x0.10m. This time megaprims would come with all sizes.

However, this new megaprims didn’t have the limitation of a region and could be enlarged to sizes bigger than a region. If you wonder why Lindens didn’t ban those huge megaprims in Second Life it is because they find a legitimate use as horizons, skies and off-sim landscapes.

Megaprims in Second Life After 2011

With the new havoc technology added to make mesh possible inworld in 2011, the maximum size for regular prims was increased to 64x64x64. This made most of the megaprims inworld useless. Now any avatar could create them and rezz them.

However, the havoc technology would also become a game changer for land impact. Depending on the links, Megaprim buildings could use more land impact than some mesh buildings or structures.

If we think that mesh is more appealing than prims and more realistic, it makes sense that residents would replece the use of Megaprims in Second Life for mesh.

The first megaprims created in Second Life were considered a challenge to all Lindens. It has also been reported that Gene Replacement was banned for Second Life.

The case was never confirmed. Maybe it had to do with the defiance to the rules or maybe because he was constantly abuse reported for appearing as creator for all kind of buildings and griever’s activities. Not that he caused them, but every idiot in Second Life was using a prime with Gene’s name on it as creator.

in December 2006, Linden would throw in the towel and give up by allowing them in Private Islands. Later on, Lindens would accept anywhere unless they were causing problems. 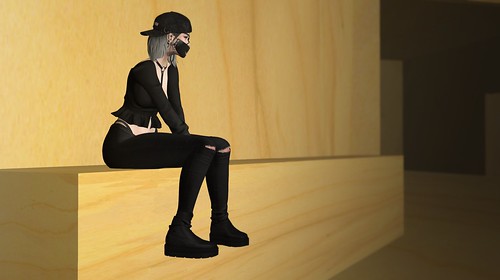