Second Life Scientists have confirmed that dinosaurs got extincted from Second Life because they were too laggy. Linden has disregarded the meteorite hypothesis. The reason is pretty simple: with havoc servers, meteorites are non physical.

Lindens have confirmed that a there is a bug in the jira since 2010 that nobody cared to fix. The jira report clearly states that all mesh meteorites uploaded inworld automatically become non physical. Some conspiracy theorists believe, on the other hand, that the bug was planned from the beginning in order to prevent grievers from attacking Anshe Chung remaining regions.

I was “unexpected”, according to a Linden Source. “It had never happened that any of our mistakes or bugs had a positive outcome.” “We normally try fuck up things with bugs, and we are very good at it. Trust us.”

Finally, one theory about the extinction of Second Life dinosaurs has dropped out. The Laggy Dinos theory is now the only possible explanation. Whatever happened to dinosaurs, it must be related to lag. The same Linden sources declined to comment about lag, since Lag does not exist in the Second Life vocabulary.

Dinosaurs got extincted because they were too laggy. While Lindens investigate more about lag, we will wait for more details about dino’s mesh complexity. 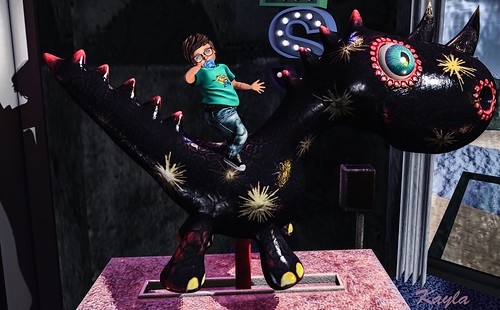