Cat Lady in Second Life has run out of prims. She is one of the oldest residents in Mainland (probably the last one in her continent) and can’t afford more tier to keep their pets.

Linden authorities have declared that 3 and half mainland regions is more than enough for a resident and their cats. None of the known Lindens inworld have been able to provide a reasonable solution for the problem. For example, Kit Linden declared: “Thanks god, my name is not Kat Linden”. Tara Linden just pointed out that she is a dog person.

While the situation and panic increases among cats, some furries have volunteered to adopt a few of them. 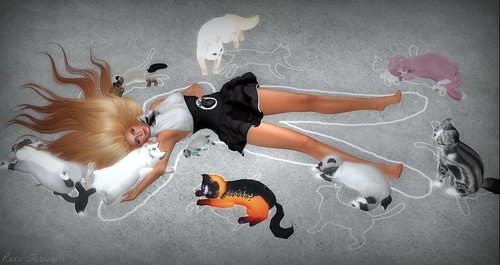